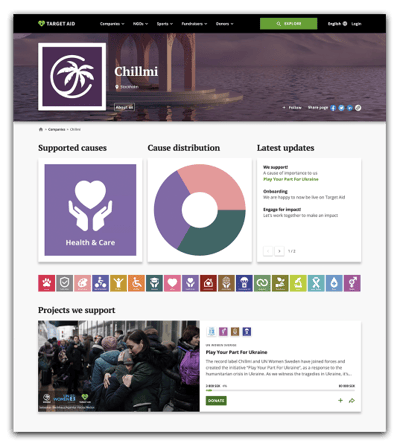 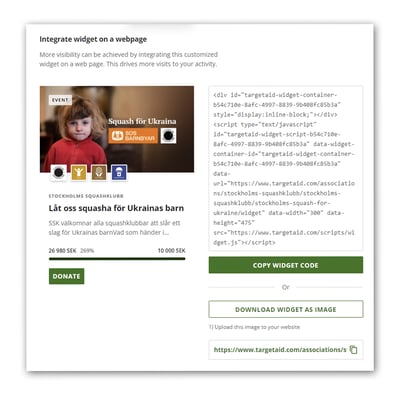 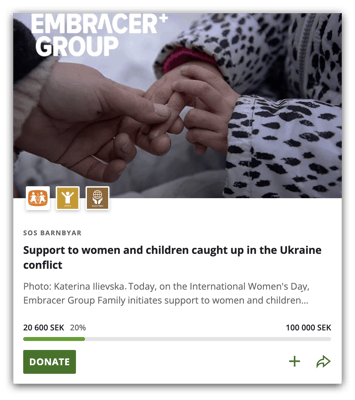 Stockholm Squashklubb members were looking for ways to be involved in supporting Ukraine. The club became aware of the opportunity to engage on an active fundraiser, as being part of Target Aid. They decided to support a fundraiser from SOS Barnbyar, which has been active since the outbreak of the crisis. The collaboration was approved by the company running the squash courts Gärdets Squashhall AB, which agreed on donating the court fees for the cause.

The club launched the event fundraiser on the platform, marked it with TA promotional tools and sold tickets to members and sponsors.

Participants who could not attend made donations instead.

A sponsor of the club loved the effort and now wants to copy the event for their customers.